This is a new series of posts I'm naming 'packaging probe' (I tried to make the name fun!) involving me stumbling across lovely packaging designs in everyday life, photographing them (sometimes in public, looking very odd to outsiders) and then documenting them here so I don't forget what I've seen. The first piece I'd like to feature is Zizzi's takeaway boxes.

A week or so ago I was eating pizza in a Zizzi restaurant, where I found that once again my eyes were bigger than my stomach and I couldn't finish off my meal. The waitor offered me a takeaway box, and I agreed, expecting to receive a standard, maybe even plain, pizza box. When he brought it over though, I was pleasantly surprised to find that thought and time had been put into the design...

First of all, the net of the box (ignore the grease on mine) was different to any other I'd seen before. Zizzi employs a flap on the top half of their box. I thought this was a nice touch as it sets them apart from other pizza boxes without using too much extra material or effort. This theme follows through to the simplistic design; the box doesn't try to sell you anything. It reinforces the brand, has a classy look, and holds your pizza. (The pizza pun under the flap gets 10 points from me, too). Zizzi also own the fact that they're using plain brown cardboard for their boxes; leaving it exposed rather than covering it completely with the surface design. Paired with the cold blue-grey on the rest of the box, a home-made, organic feel is created for the packaging, especially when paired with the restaurant's existing branding and typefaces. The surface designs are simple but again reinforce the organic food feel with leaf imagery and gentle symbols of a knife and fork. The stand out feature of the box, however, was front and centre on the main flap. The logo lettering had been cut away from the flap, making the coloured cardboard underneath show through. This alone made me notice the box more than any other pizza takeaway box I'd ever seen. 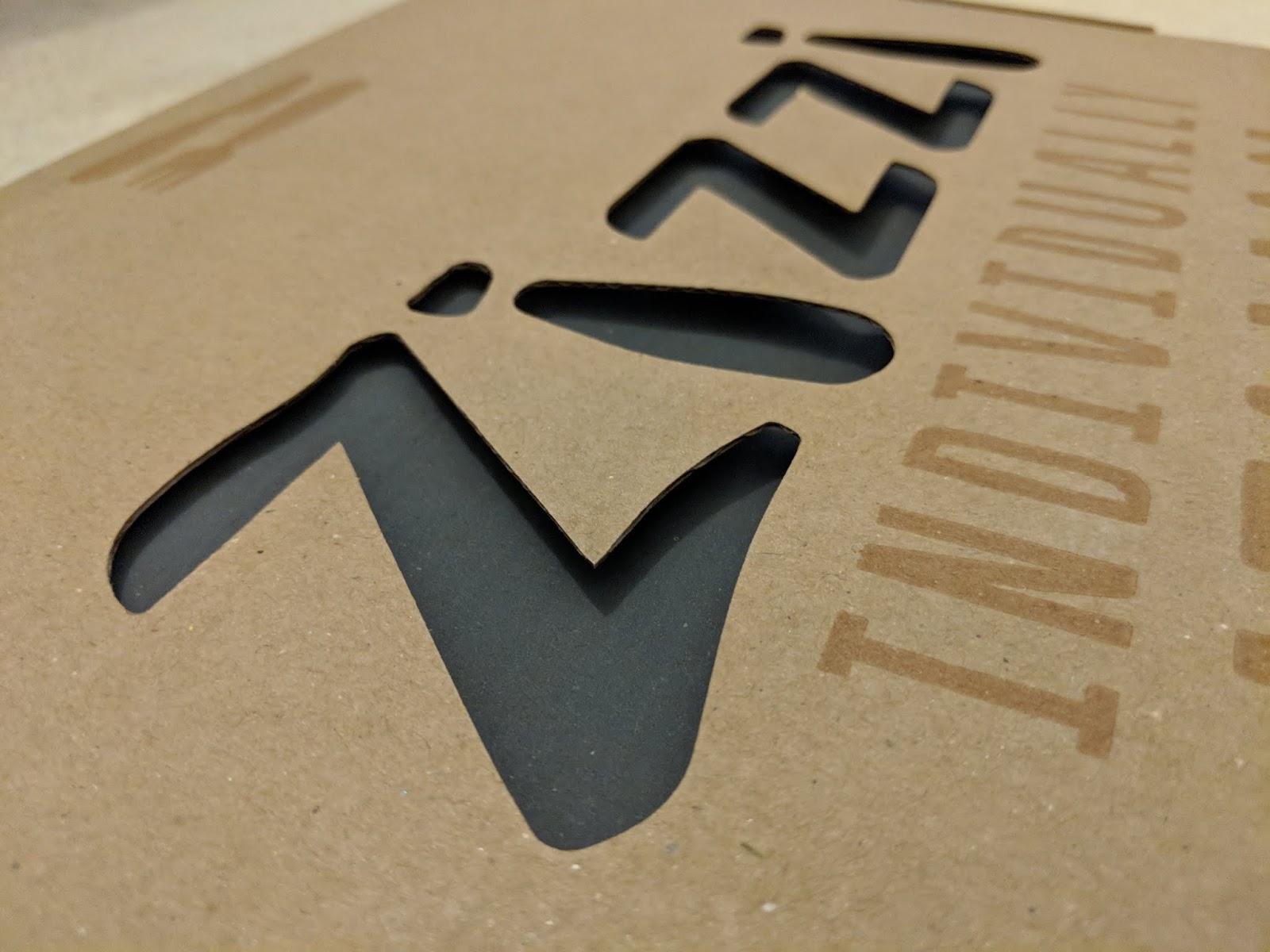 A repurcussion of this (which I only noticed when I got home and opened the box) was that with a light source above it, a lovely shadow is cast onto the lid underneath as you open the flap. I found this really interesting and felt that it was a simple but unique way to create the logo without actually printing it. It also makes the user interact with the brand and with the logo, as their movement of opening the box affects how the shadow is cast. This interaction will make the user feel more connected and involved with the brand, making them more likely to eat there again. Overall, I was incredibly impressed by the box and wanted to keep it, had it not been spotted with grease.

Upon further investigation, I found that the independent design group Pearlfisher was behind the design. Pearlfisher has designed a whole range of boxes for Zizzi, of different sizes and uses, but with the same surface designs. Different boxes have different features; some allow for multiple layers of pizza with a pull tab to remove the insert and use it as a plate, while others use a folded insert to hold multiple side portions. 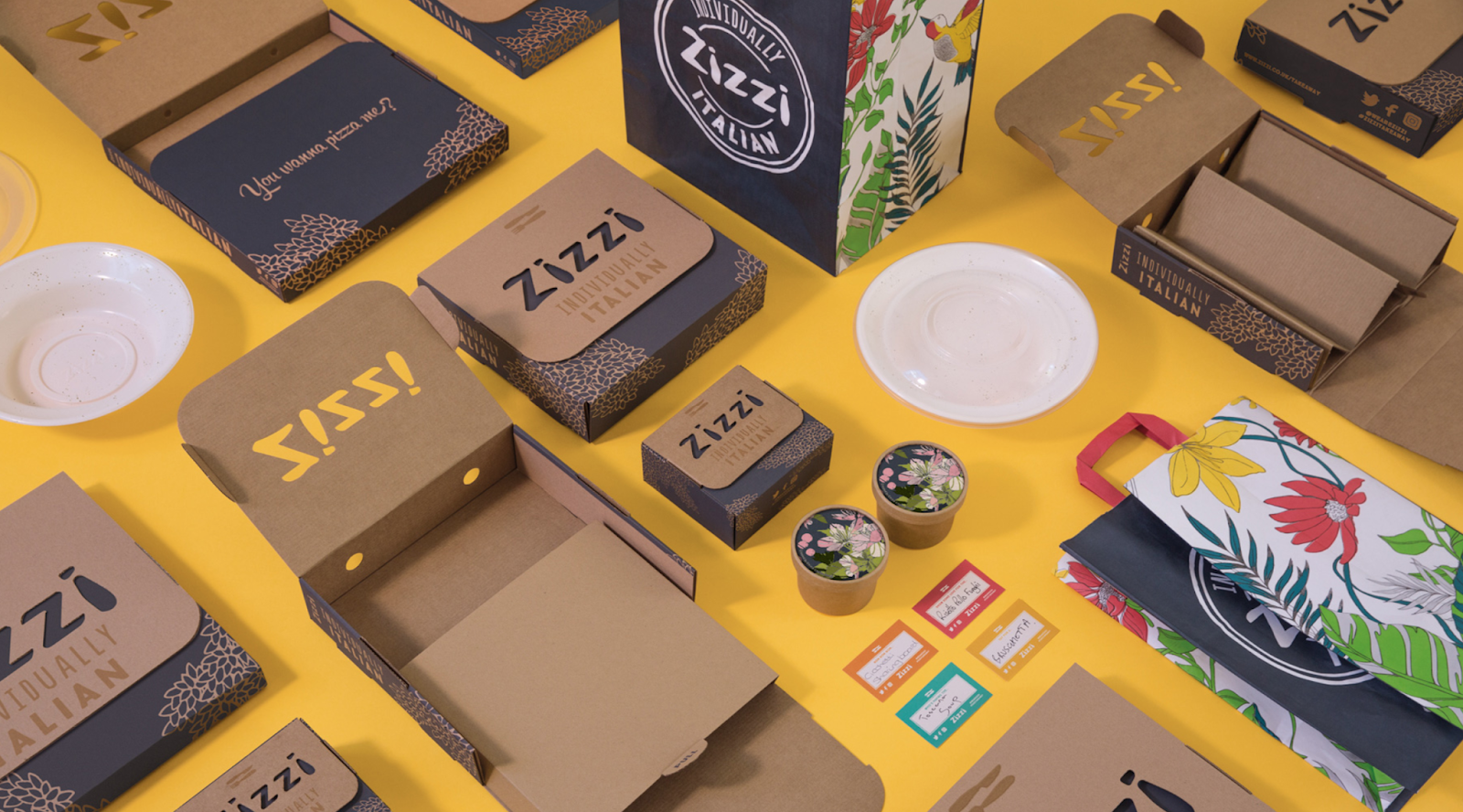 Pearlfisher is renowned for their packaging designs and have worked with other large companies such as Cadbury, Wagamama, and Jim Bean. They are now definitely on my radar as a great source of inspiration for any future packaging or branding projects, and anything else, as I find their use of hierarchy and colour to be very inspiring.

That's it for now, but I'm sure I'll find another example of packaging to look at soon!